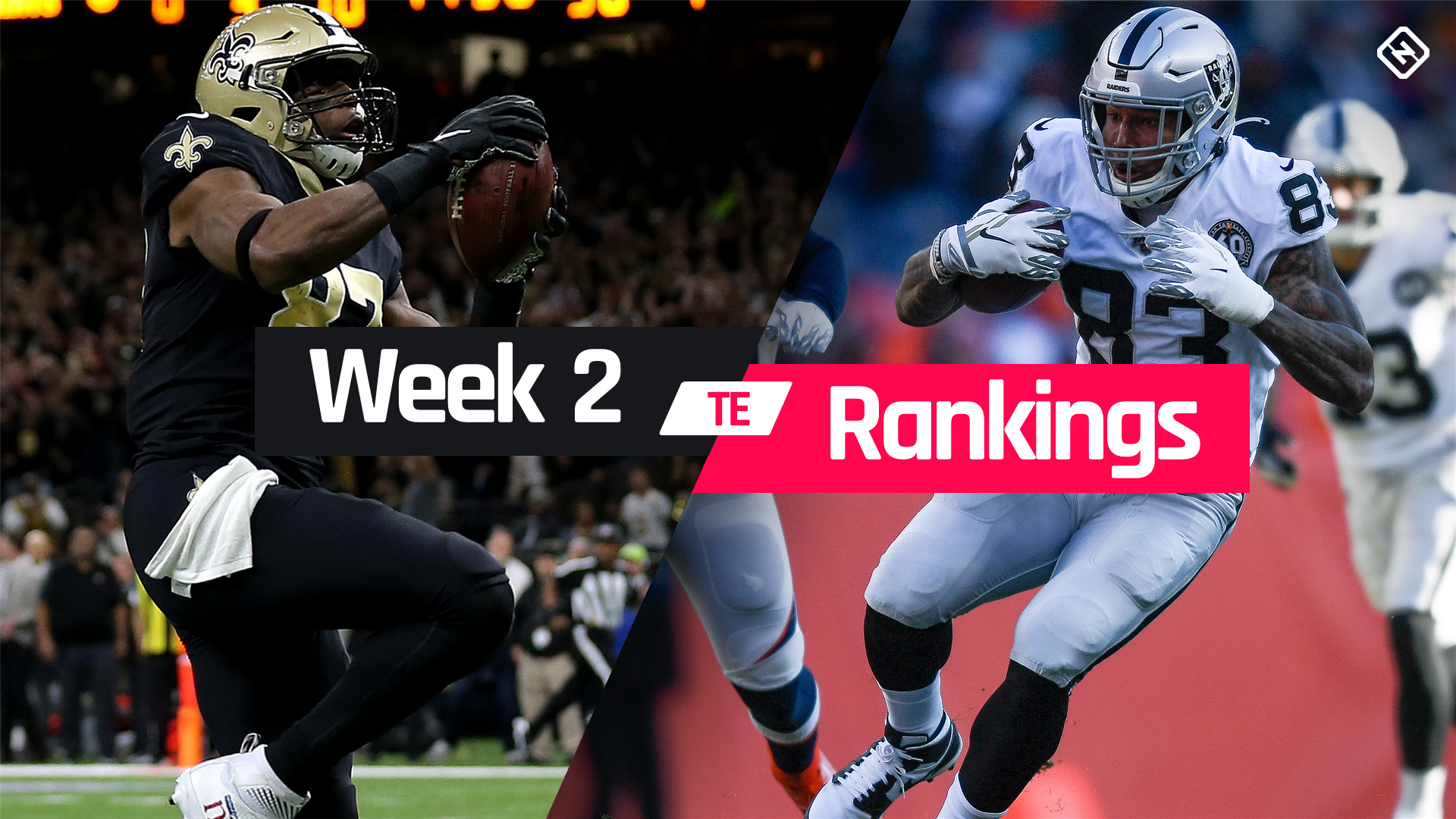 Tight end is traditionally one of the toughest positions to rank in the season’s opening week. You have your handful of studs, but given the boom-or-bust nature of the position combined with tough-to-project matchups, everything after the very top is a guess. But as difficult as it is to rank this position in Week 1, putting together Week 2 fantasy TE rankings is even tougher. It’s easy to overreact to what we saw in each teams’ opener, both in terms of evaluating players/offenses and defensive matchups.

When just two TEs have more than 80 yards (Dallas Goedert, Noah Fant), it’s tough not to rank them highly, right? And when someone like Hayden Hurst barely gets any looks until the game is well out of hand, well, he has to drop, doesn’t he? Ditto for someone like Evan Engram who manages just eight yards. If these types of games happened in Week 7, we wouldn’t be so quick to anoint one player a breakout and another a bust, but when it happens in Week 1, it’s inevitable.

So, yes, we’re moving Fant (@ Steelers) and Goedert (vs. Rams) up and Hurst @ Cowboys) and Engram (@ Bears) down, but we’re not overdoing it. All are still in the starter’s tier. We’re also not reacting too strongly to Washington giving up two TE touchdowns in Week 1. It’s possible we’re seeing the start of a season-long trend that Arizona’s Dan Arnold will add to this week, but until we get more data, we can’t recommend streaming a TE like Arnold against Washington just yet.

We know things will even out in Week 2, but we still liked what we saw from Chris Herndon (vs. 49ers) and T.J. Hockenson (@ Packers) even if we don’t like their Week 2 matchups. Conversely, we want to see more from Ian Thomas (@ Buccaneers) and C.J. Uzomah (@ Browns) before we can recommend them in what look to be favorable matchups.

Ultimately, it comes down to just how much you believe in Week 1 results, and while there’s certainly something to be gleaned from the final stat lines, we’ll continue to take a cautious approach and trust some of the more proven talent/situations.

Note: We’ll continue to update our tight end rankings to throughout the week, so check back for updates.

These rankings are for non-PPR leagues