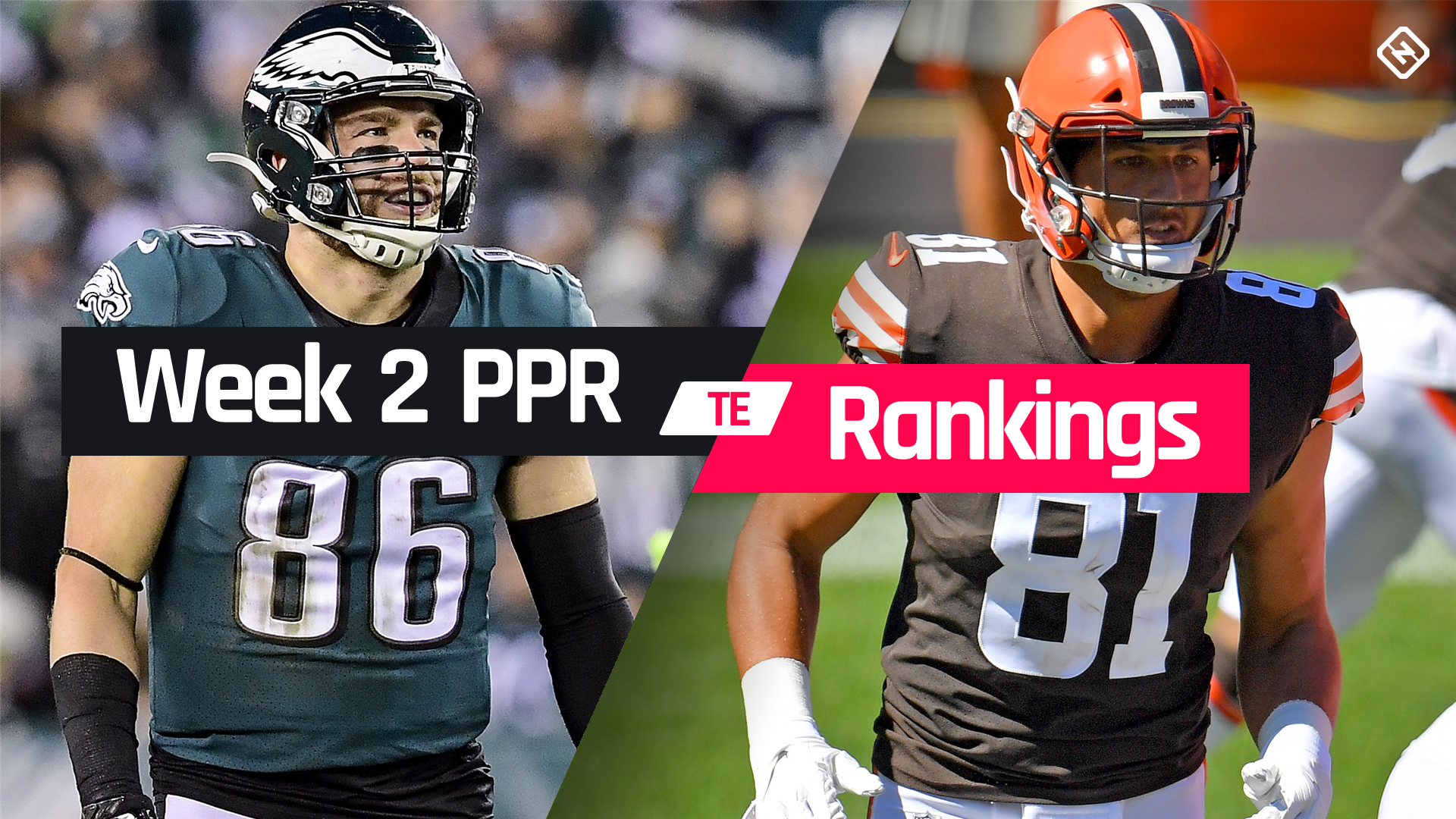 Did the season’s opening week seem tamer for tight ends this year? Sure, there were some surprise performances, such as Dallas Goedert leading the position in yards and guys like Logan Thomas and Jimmy Graham getting into the end zone, but we didn’t have many crazy good performances or huge busts. It was basically a normal day at the office for this position, but believe it or not, that actually makes putting together our Week 2 fantasy TE PPR rankings a little tougher.

We were ready to overreact — ready to declare certain defenses favorable or unfavorable matchups for TEs — but we didn’t get much to work with. We’re not going to worry about George Kittle despite a disappointing Week 1, just like we’re not going to get too excited about Jordan Akins just because he scored. Not everything went as expected — Hayden Hurst barely getting any looks until the fourth quarter was worrisome, as was Rob Gronkowski’s and Evan Engram’s less-than-stellar efforts. Austin Hooper also seemed like an afterthought on his new team. We’re not ready to write all of those guys off, but all are falling in this week’s rankings.

Conversely, Goedert is moving up after looking better than Zach Ertz. O.J. Howard is also on the rise, though we’re not sold on his consistency since he mostly produced after the Bucs were down multiple scores late in the game. We were pleased by the number of targets Darren Waller (8), Hunter Henry (8), and Jared Cook (7) had even though none got in the end zone. Chris Herndon (7) and Logan Thomas (8) are also more on the radar, at least in PPR leagues, but we’re not ready to anoint either as starters just yet.

Chances are, we’ll see some surprises in Week 2, so we’re taking a conservative approach to these rankings. The jury is still out on certain defenses, but Washington, Detroit, and Tampa looked like they might have trouble with TEs all season. We’re not letting Arizona off the hook yet after last year’s historically bad showing, but we’re still not ranking too much based on matchups. For now, we’ll (mostly) stick with the proven producers and gradually factor in trends we see during the games.

We’ll continue to update our tight end PPR rankings to throughout the week, so check back for updates.

These rankings are for full-point PPR leagues

adminSeptember 20, 2020
The second leg of the FedEx Cup Playoffs tees off on Friday with...