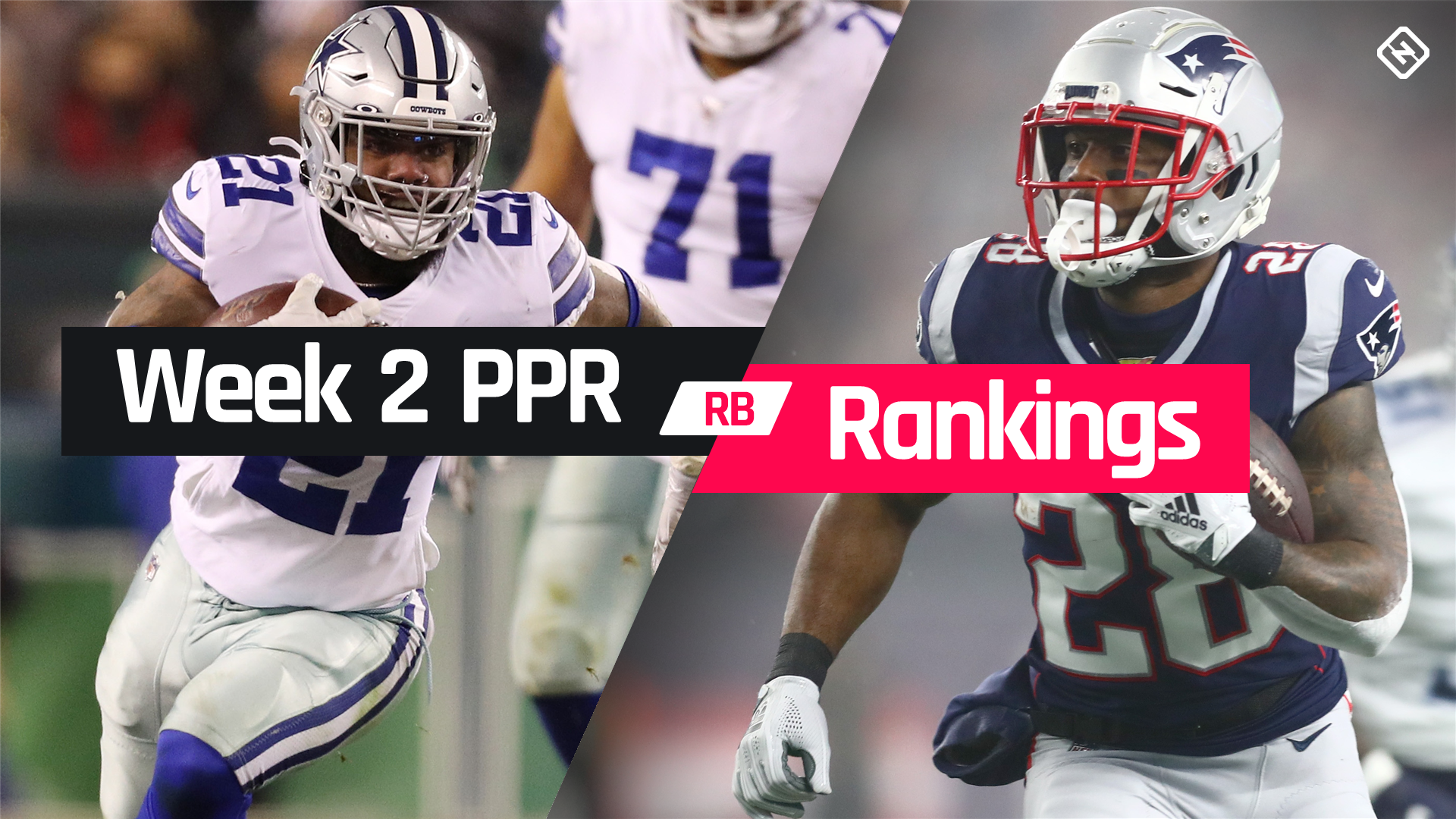 Week 1 was a bit weird for some of the NFL’s best pass-catching backs. Austin Ekeler only had one target; Tarik Cohen saw just two targets all game; even Chris Thompson didn’t see many targets despite a depleted Jaguars backfield. Heading into the second game of the season, it will be interesting to see if these targets stabilize or if backfields continue to be unsettled. Regardless of what we find out in the future, our Week 2 fantasy RB PPR rankings are tough to put together in the present.

Obviously, injuries are having an impact here. Marlon Mack’s Achilles’ injury will move Jonathan Taylor and Nyheim Hines up in this week’s rankings. Both proved to be excellent pass-catchers in Week 1, creating the rare committee with two good receivers.

Other risers are the usual “receiving backs.” After out-rushing Nick Chubb and logging six targets, Kareem Hunt is an RB2 this week. Meanwhile, Ekeler stays in the top tier in a favorable matchup against Kansas City, while Cohen, James White, and Jerick McKinnon all will be flex considerations.

As for backs that move down, Derrick Henry is our No. 1 back for standard, but he drops several spots because he doesn’t do much in the receiving game. Nick Chubb falls into RB2 territory because of Hunt’s presence in the passing game. And further down, Sony Michel and Adrian Peterson move down a bit since both White and D’Andre Swift are there to take touches away from them in the passing game.

Reminder: Check back for updates during the week. For individual analysis of key RBs, click here.

These rankings are for full-point PPR leagues.