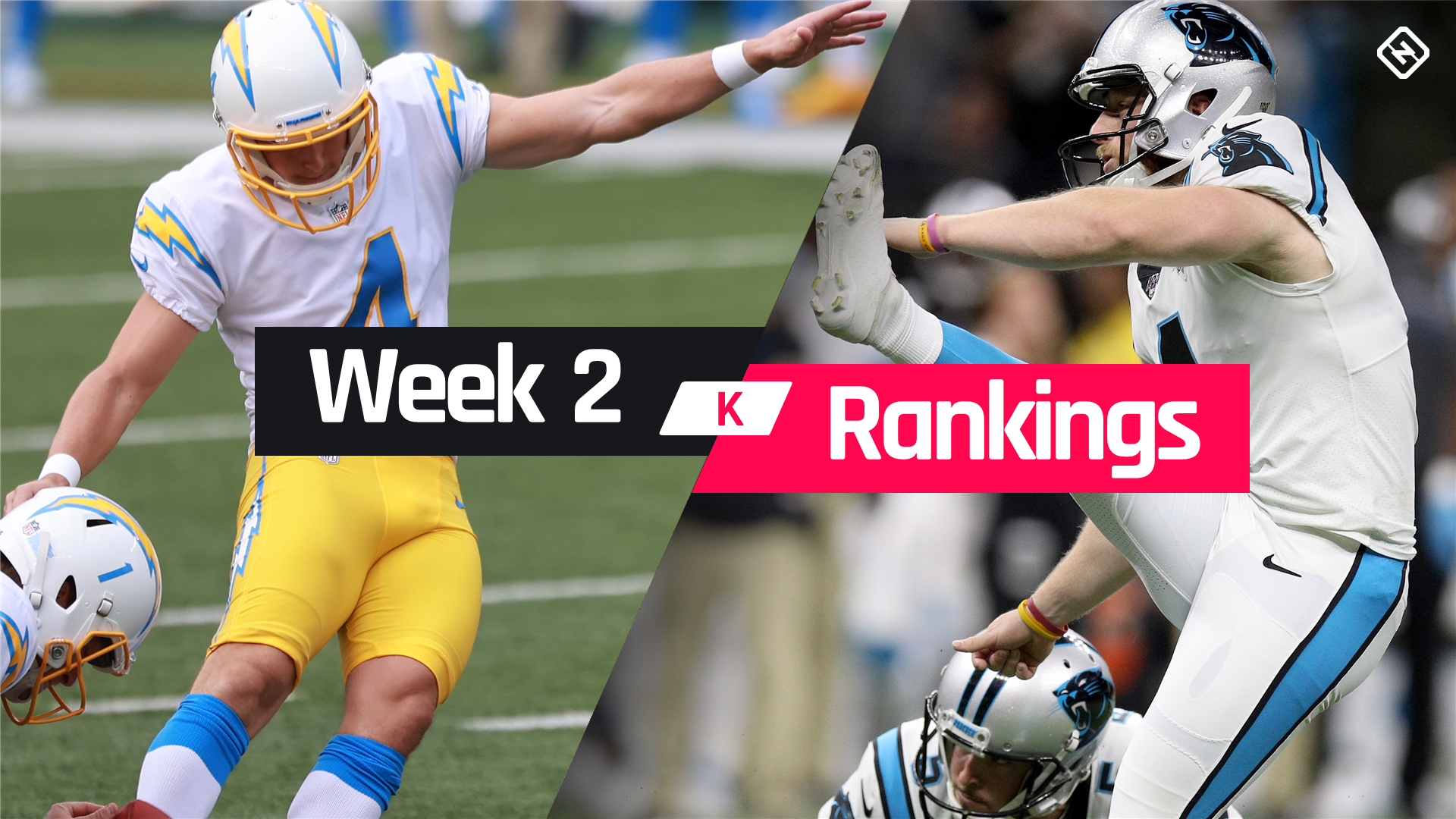 Our Week 2 fantasy kicker rankings are the hottest edition yet. Not only has Joey Slye moved into the top five, but Zane Gonzalez is also in the starter’s tier thanks to an indoor home game against Washington’s mediocre defense. That’s right — Zane Gonzalez is in the top 12! Obviously, you’re very excited about all of this, but before you hit the waiver wire and spend all of your FAAB budget on Gonzalez or another equally sexy kicker, you should remember that this position is a giant waste of time and fairly unpredictable.

OK, maybe that’s a bit harsh, but let’s be honest — no one was starting Daniel Carlson in Week 1 when he dropped a four PATs and two field goals, including a 54-yarder. And can you really trust Matt Prater and Michael Badgley to get four field-goal attempts again? Both are still top-10 kickers this week, but because we know FG attempts tend to even out, there is some concern for immediate regression to the mean.

That said, that’s one of the reasons we like Gonzalez. He missed two attempts in Week 1, but he nailed a 56-yarder and should be better indoors. Most important, Arizona’s quick-strike offense should continue to get him opportunities. More makes are coming soon.

Ultimately, we’re sticking with the tried-and-true method of trusting proven kickers on solid offenses. If they’re indoors, all the better. We’re factoring in matchups to some degree, but we know that Week 1’s poor showings could give way to Week 2 surprises (and vice/versa). There’s no reason to panic if your kicker had a poor opening game — unless you drafted an idiot kicker in the first place. In that case…yeah, panic — and pick up one of the guys in our top 12.

We’ll continue to update our kicker rankings to throughout the week, so check back for updates.