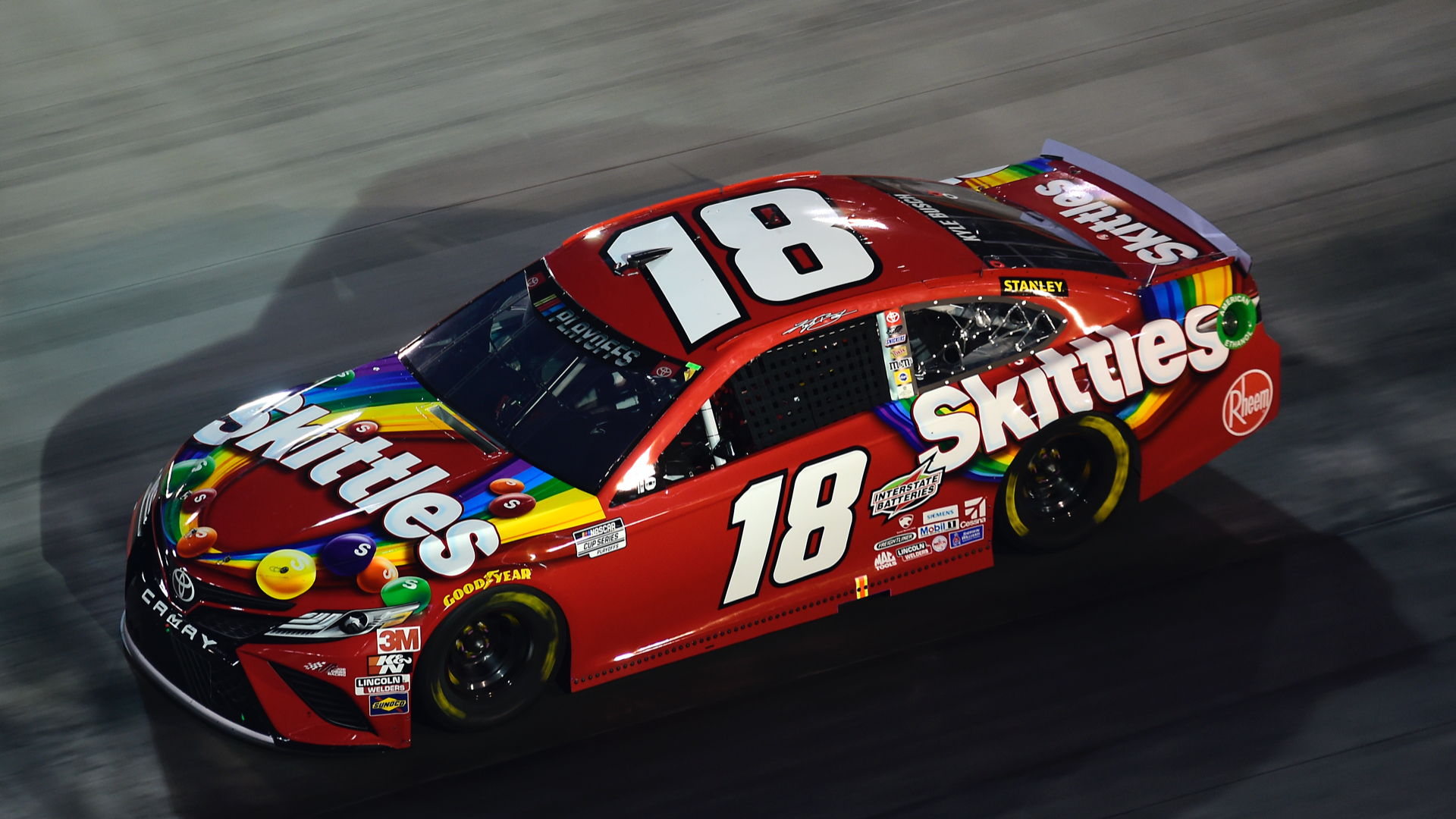 Kyle Busch shouted “F—” on his radio as he watched Kevin Harvick cross the finish line first Saturday night at Bristol in the last race of NASCAR’s Round of 16.

Still without a win in the 2020 Cup Series season, Busch gave up a late lead to Harvick when his car got stuck behind Joey Logano’s. His inability to claim victory means he will head into the next round of the playoffs in 10th place out of 12 drivers.

Busch took aim at several competitors following his second-place finish. He said there was a reason Logano doesn’t have friends in the sport, and he called Joey Gase and Garrett Smithley “dips— kids” for blocking him when they were down multiple laps.

Busch then acknowledged his chances of surviving much further in the 2020 postseason were slim.

“We’ll be eliminated next round,” Busch said.

MORE: Why Kyle Busch blew up about Daniel Suarez

Smithley responded via Twitter to Busch’s insult by saying he did nothing wrong.

“Went outta my way to give him room tonight,” Smithley wrote.

Even when I don’t do anything @KyleBusch blames me. Went outta my way to give him room tonight. Think he might have thought I was in a different car. 🤷🏼‍♂️

Busch wasn’t the only driver frustrated Saturday night in the Bass Pro Shops Night Race, and he can at least take solace in getting to race for something tangible next weekend at Las Vegas.

William Byron had been riding in a safe position, narrowly 12th in points, when he crashed out of the race. He called Gase “an idiot” for stopping short on the track and ending his playoff run.